I taught elementary school for two years, but I am not yet a parent. I am, however, lucky enough to be around some amazing young moms and dads. One of my close friends, who I will M in this article,  is the single dad of a beautiful and charming 4-year-old boy. On a recent visit, M’s son tripped and fell on my driveway and began to cry over his barely scraped the side of his ankle. M and I both comforted him and took him to the bathroom for the ceremonial (and highly unnecessary in this case) magic-band-aid-fix. M’s son’s tears did not stop at the band-aid, however, so in an effort to console him we both encouraged him to stop crying, either by trying to make him laugh or reminding him of times when he had much worse boo-boos and didn’t cry at all. He eventually calmed down and went on his merry way. 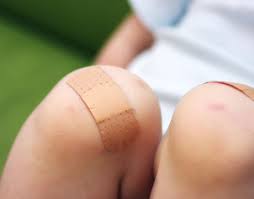 Later that evening, M came over by himself. He’s a very conscious parent and puts a lot of thought into how he talks to and behaves around his son. I often overthink everything I do, so we quickly became involved in a discussion about alternative ways we could have handled the scraped ankle debacle. What we came up with made a lot of sense to me and got me thinking about ways to help children deal with stress.

First of all, it is important to remember that children do experience stress. The things that cause them stress may seem silly to us “grown ups” but to a child they feel just as stressful as making mortgage payments or meeting a tough deadline at work. We deduced that M’s son’s reaction to the fall was a bit inappropriate, given that in the past he had taken much bigger spills and walked them off with a quick grin. Why did he react so emotionally this time? The answer hit me like a lighting bolt, he was probably stressed out! Haven’t we all had that day where if one more thing went wrong we would lose our cool? No one actually throws a tantrum over lost keys, its the crap that piled up on us before we lost the keys that causes an emotional outburst. Why would a child be any different? The only problem with children is that in their early years they don’t have the language skills to properly communicate their feelings, and in many cases most adults do a good job of modeling this technique because we are so terrible at dealing with our own stress! So what can we do to help a child learn to express himself or herself when they are feelings stressed?

M and I agreed that his son probably was stressed about something. So what could we have done to help him express himself? For one thing, I hypothesized that we shouldn’t have encouraged him to stop crying. Obviously we had good intentions of cheering him up, but what he probably needed was for us to let him cry it out. Whatever had been bothering him had gotten to the point where he needed that emotional release, and all we were doing (good intentions or not) was sending the message “it’s NOT OK to be crying right now.” In an unconscious way we were in fact invalidating his experience of releasing his stress. Had I been more conscious at the time I would have simply cradled him in my arms and let him cry until he was good and ready to stop. This sends the message, “letting your emotions out is OK.” Just imagine how good it feels to just have a good cry sometimes? Then, imagine how much better it feels to have someone hold you while you do it. Children deserve this kind of patience and respect, even if we don’t yet understand what’s really bothering them.

Even at the age of four, M’s son is very good at expressing himself when asked questions. Had I cradled him and let him cry, then asked a few questions we may have learned why he had overreacted. Once we understood the root of the problem we could have explained to the child that when he is feeling “stressed” he can always come talk to an adult. It would have been a great teaching moment, an opportunity to introduce him to the concept of stress and how it can manifest in our bodies as emotions and then behaviors.

Talking alone isn’t enough. We must learn to model good stress management techniques. This includes learning to communicate our feelings before they build up inside us. Human beings can become pressure-cookers when they hold in their negative feelings. The emotional explosions related to bottling up our true feelings are what children quickly learn to emulate. Before we can teach children to handle stress appropriately, we have to learn to do so ourselves. 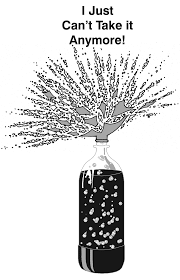 Children are a reflection of what you do, not what you say.

I am by no means claiming to have the secret to perfect parenting here. There are many styles that work and don’t work. All I’m proposing here is a different way to approach teaching children to handle stress. I am just thankful that my friends are so open to having discussions like this. The only way to improve at communication and understanding is to practice. When we talk we get ideas, ideas turn into thoughts, thoughts turn into action and action eveutally becomes a pattern of behavior. Be conscious about what you talk and think about, because they will likely manifest in your behavior. Take it from a former special education teacher, children will pay more attention to what you do than what you say, so be conscious of your own behaviors!